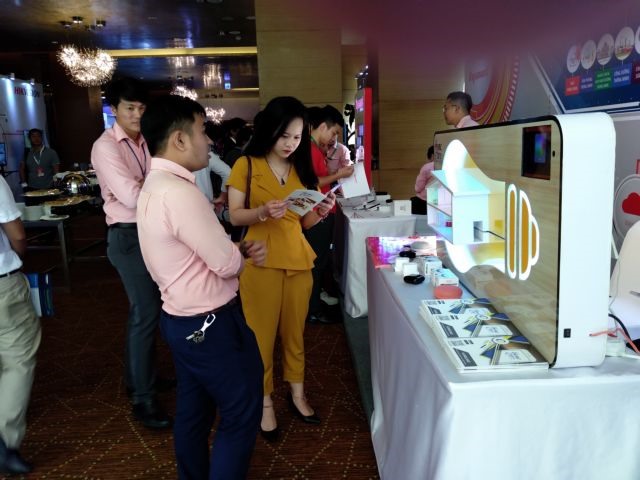 HCM CITY – The rapid development of internet of things in Việt Nam has forced authorities and businesses to pay attention to cybersecurity, a conference heard in HCM City yesterday.

Nguyễn Khắc Lịch, deputy director general of the Ministry of Information and Communications (MIC)’s Authority of Information Security, said: “IoT is future. IoT is developing [rapidly] and that causes the number of cyberthreats and criminals to increase sharply.”

According to the Ministry of Public Security’s department of cyber and high-tech crime prevention, the number of prosecutions related to cybersecurity topped 500 in the 18 months ending in June this year.

Lịch said the large number of no-name IoT devices used in the country such as cameras posed a cybersecurity threat.

Digital transformation is happening across the country, and so it should focus on security, he said.

“The country should ensure cybersecurity in the process of digital transformation and building a database for the country.”

The Government should develop a national strategy for IoT and ensure cybersecurity, and have specific policies and regulations governing standards for IoT products to prevent unsecured products from entering the country.

He also emphasised the need for developing a skilled IT workforce to enable local manufacturers to make quality IoT products and for raising people’s awareness of security while using smart devices.

Lê Minh Mạnh, deputy director of the department of cyber high-tech crime prevention, said: “Administrative authorities and legal authorities should co-operate with IoT service providers and users to manage and keep users information safe, while users have a responsibility to provide information to authorities to prevent cybercriminals.”

He also called for improving co-operation with authorities and IoT providers in other countries to share information on cybercriminals.

Delegates at the summit also expressed their concerns about security during data transformation and data sharing between provinces and cities.

Lịch added the Government had instructed the MIC to draft a decree on the sharing of information between cities and provinces by 2020 with an emphasis on balancing sharing and security.

The annual Smart IoT and Cyber Sercurity Summit with the theme “Toward a Secure and Connected World” this year, was hosted by the MIC in collaboration with the International Events & Consulting Group and Việt Nam Internet Association.

It was attended by around 1,000 delegates from the MIC, HCM City, local and international cybersecurity expert agencies, and business executives.

It also featured an exhibition on IoT and Cyber Security with 20 stalls set up by leading companies from Việt Nam and other countries such as VNPT, Viettel Cyber Security, Mobifone, Canon, Cisco, and Parasoft.