Rapid technological development has given people more ways to access and share information on the Internet. It has also created conditions for more sophisticated cyber attacks. 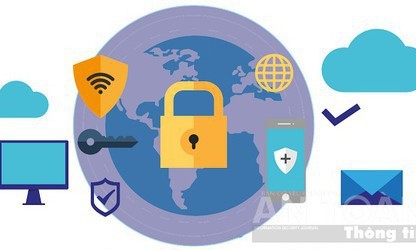 Like other countries, Vietnam has a Cyber Security Law to safeguard information and protect national security.

Hostile forces frequently conduct cyber attacks on Vietnamese websites to violate Vietnam’s security and social order. They have used the Internet to incite violence and acts of sabotage against society and promote a “Color revolution” to change the political regime.

Fake, malicious news reports have been spread on the Internet to harm national sovereignty, interests, and security and the rights and interests of organizations and individuals. The Public Security Ministry reports that about 2,500 websites with servers located abroad have promulgated propaganda against Vietnam’s Party and State.

Vietnam requires partners to cooperate and comply with Vietnamese law when they do business in Vietnam, for example, by blaming a representative office, using official ID to register an account, promptly cooperating to remove fake websites using the names of Party and State leaders, and permanently closing accounts that spread fake news.

Minister of Information and Communications Nguyen Manh Hung said “We ask cross-border Internet service providers to comply with Vietnamese law, particularly in cases of removing false information. They must abide by the law. We punish anyone who spreads fake news on the Internet.”

Enforcement of the Cyber Security Law has proved its effectiveness in protecting Vietnam’s information sovereignty. It is obvious that Vietnam must manage information directed to the Vietnamese people as well as information created in Vietnam.

Facing real and potential risks in cyberspace, countries need to keep the management of cyberspace models up to date. Germany approved a Social Media Regulation Law which says social media services that fail to control hate speech, harassment, and fake news can be fined up to 50 million euros.

Australia said it will fine ISPs and social media websites 10% of their annual income or up to 3 years imprisonment for their managers for failing to remove banned contents.

Thailand’s Cyber Security Law calls for 7 years of imprisonment for people who disseminate fake news. The Philippines considers falsifying news a criminal act punishable by 6 months of imprisonment and a fine of 3,000 USD.

Singapore has approved a Protection from Online Falsehoods and Manipulation Bill, which stipulates that those who spread online falsehoods with a malicious intent to harm the public interest could face jail terms of up to 10 years and fines of up to 1 million SGD.

The US Department of Commerce, after November 26th, can ban American businesses from doing business with foreign companies that seek to harm the US.

Vietnam is a politically, socially stable country on the development path, but it has to be vigilant of potential instability. Building a healthy and safe cyberspace will protect social security and order, defend national sovereignty, and lay a foundation for sustainable development.