The Vietnam Germany Innovation Network (VGI Network) held its founding congress recently in Berlin with the participation of Vietnamese professors, doctors and scientists living and working across Germany. 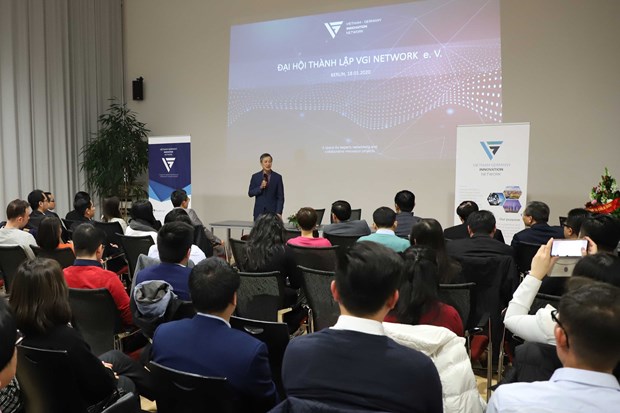 According to Professor Nguyen Xuan Thinh, headof the network’s representative board, the VGI Network aims to create a foundation for cooperation between Vietnamese and German scientists and researchers ,while supporting Vietnamese scientists in Germany in their life, researches and work.

He hoped the network will expand to increase its operational efficiency.

The network will serve as a forum for scientists to exchange ideas to create new technologies and innovations in various fields such as culture, society, economy, health care, and the environment.

It will also connect experts and scientists fromVietnam, Germany and Europe to share experience and information about thedemands of their respective markets as well as programmes and projects topromote science-technology development.

One of the important goals of the network is supporting Vietnamese scientists and young intellectuals in Germany to study and conduct research.

The congress elected a 21-member executive board of the VGI Network with Professor Nguyen Xuan Thinh voted in as chairman./.VNA