Southeast Asia’s over-the-top media market remains a tough arena for both foreign and Vietnamese players due to fierce competition and the sheer number of companies involved. 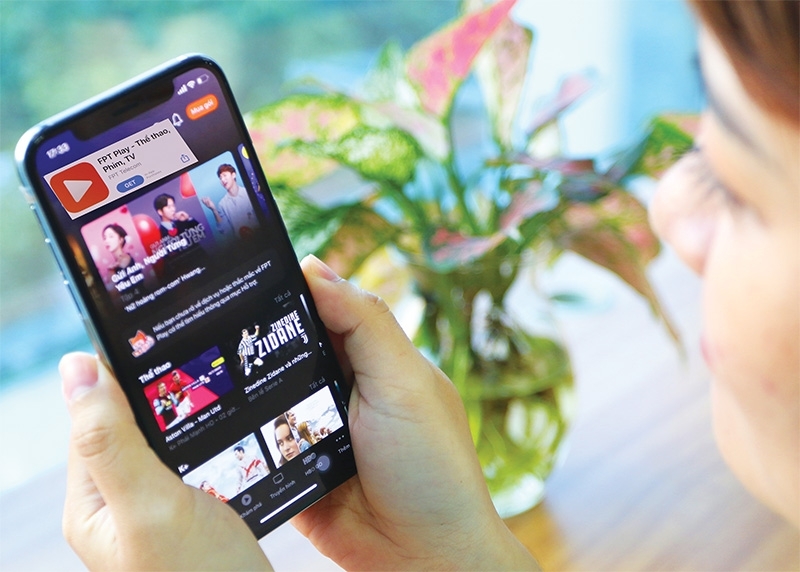 FPT Telecom launched its FPT Play VOD platform in 2015 and is now competing with several other local and regional VOD services.

At the end of last month, Chinese internet conglomerate Tencent announced that it purchased some assets of Malaysia-headquartered video-on-demand (VOD) service iflix to boost its own WeTV streaming service.

Iflix is a struggling streaming platform with about 25 million users focused in South and Southeast Asia. The COVID-19 pandemic has led to a plunge in advertising, wreaking havoc on the media industry and iflix.

While streaming on the platform doubled during the outbreak, the Kuala Lumpur-based company cut about 50 staff earlier this year. It also had to shelve an initial public offering in May, and some of its directors and co-founders have stepped away, as reported by Bloomberg.

Last September, Gojek launched GoPlay to compete with a similar offering from Grab, with a promise to focus on local production and on-demand delivery to mobile devices. However, Grab’s involvement in streaming already looks like a push that went too far too fast as in May, its partner Hooq, a five-year-old streaming service that had aimed to be the Netflix for Southeast Asia, shut down, according to CNBC.

Le Trong Duc, director of the digital department under FPT Telecom who is in charge of FPT Play, told VIR that the over-the-top (OTT) market in Southeast Asia leaves little room for new players. To secure a stronger footprint, each player needs to channel all efforts and resources to develop their platform, content, and technology.

“This year has witnessed a significant growth of the OTT market in both Vietnam and the rest of the ASEAN market. However, to stay in this game, each player should have their own advantage and a clear legal foundation as governments are tightening the grip on copyright and licensing issues,” Duc said.

The OTT market in Southeast Asia is embracing a massive shake-up with the latest Tencent-iflix deal and the aggressive expansion of existing players. However, there is also a new possibility to develop an OTT platform for the whole ASEAN region with the participation of players from each country.

Commenting on this possibility, Filippo Giachi, managing director for Asia-Pacific at DOCOMO Digital told VIR that players like Viu, iflix, and discontinued Singaporean HOOQ have endeavoured to be that overarching OTT platform for the entirety of Southeast Asia and made significant progress. However, some of the challenges with regards to content piracy and the heavy investments required in creating locally-relevant content for each of the markets continued to be constraints.

Giachi pointed out that large spending on content production while subscriber revenue grows from a small base is not unusual in the OTT streaming industry, as Netflix has demonstrated. But financial backers need deep pockets and patience while they wait for the business model to successfully mature and expand. HOOQ’s management said the business was unable to deliver sustainable returns due to the high cost of producing original content alongside consumers’ unwillingness to pay for it.

Recent surveys by the Asia Video Industry Association (AVIA) found that even in Singapore, 15 per cent of consumers used set-top TV boxes to access pirated television and video content. But while Singapore is estimated to have the highest per capita GDP in the world, the same cannot be said of the Philippines, Indonesia, and Thailand where consumers are even more reluctant to pay for video content.

The use of low cost, easy-to-install media streaming boxes, is common in other Southeast Asian countries. Most countries in the region have a stable network infrastructure. Open-source home theatres like Kodi allow viewers to access some limited channels and streaming content for free. In its 2019 Asia Video Industry Report, AVIA calculated that 28 per cent of viewers in the Philippines used illegal streaming devices in 2018.

In this context, Duc from FPT Telecom said that it is an interesting idea to develop an OTT platform for the whole region. However, this idea can be challenged due to the political and cultural differences between countries. For FPT Telecom, the company still focuses on the local market and considers a regional expansion, for example to Cambodia, once favourable conditions occur.

Indeed, Vietnam’s OTT market presents a significant commercial potential for suppliers able to provide the right packages at the right price, especially, for the country’s large number of smartphone owners. Moreover, there are also opportunities for these players to scale up presence outside of Vietnam.

Giachi from DOCOMO noted that the long-term potential for growth is certainly attractive. Statista, a German online portal for statistics, estimates that VOD penetration rates in Vietnam were only at 4.5 per cent of the population in 2019, expected to reach 5.6 per cent by 2024, during which the average revenue per user could increase from $16 to over $21.

Elsewhere, VTV Now is just one of around 30 OTT products available in Vietnam. Another service, K+, offers premium pay-TV services delivered by Vietnam Satellite Television as part of a joint venture with French broadcaster Canal+, which had approximately 800,000 subscribers in 2016. Meanwhile, Second City Television Vietnam offers VOD services alongside its cable and digital TV platform, with streaming apps also available from broadcasters including VNPT’s MyTV Net and HTV Online.

Vietnam’s telecom giants have introduced their own services as part of bundled fixed and mobile broadband packages. A notable example is FTP Telecom, which launched its FTP Play VOD platform as early as 2015.

“Specialised global and regional OTT streaming video players have made their debuts too,” Giachi said. “iflix has been active in Vietnam since 2016 after establishing content distribution partnerships with the likes of the Walt Disney Company, MGM, Paramount Pictures, Warner Bros, Fox, and Starz, as well as additionally launching the free-to-air sports channel Zsports in 2019.”

In addition to maintaining partnerships with local Vietnamese companies, iflix has also been sensitive to the variations in mobile coverage in different parts of the country. As such, iflix invested in premium local content and released the Vietnamese remake of the South Korean movie Scandal Makers while partnering with local content creation company Happy Canvas to broadcast the popular dating reality show The Bachelor in Vietnam. The deal between Tencent and iflix will also change the competitive landscape of Vietnam’s OTT market in the coming time. VIR