Smart cities hold the answer to the modern world's problems including rising population, pollution, traffic congestion, climate change and even global-scale disasters such as the COVID-19 pandemic, according to experts. 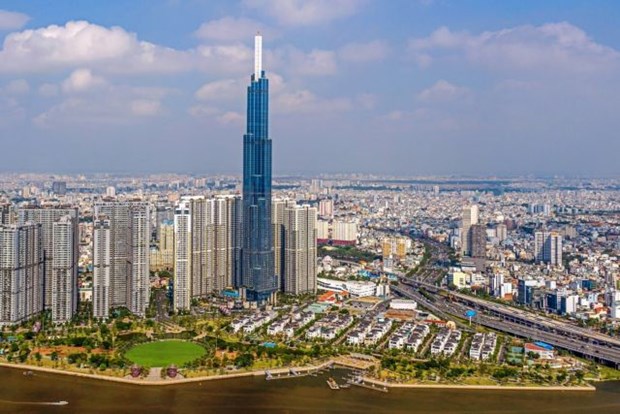 Hanoi (VNS/VNA) - Smart cities hold the answer to the modern world's problems including rising population, pollution, traffic congestion, climate change and even global-scale disasters such as the COVID -10 pandemic, according to experts.

Nearly half of ASEAN's population is in urban areas. In a forecast by the ASEAN Smart Cities Network (ASCN), a collaborative platform which aims to synergise smart city development efforts across ASEAN by facilitating co-operation, there will be 90 million people living in cities across the region by 2030.

According to ASCN, those cities, with populations typically ranging from 200,000 to 2 million, will account for as much as 40 percent of economic growth for ASEAN countries.

However, rapid urbanisation has come with challenges such as traffic congestion and accidents, especially in large cities, which caused the region to lose out from 2-5 percent GDP growth annually. In addition, other pressing issues for large cities included worsening air and water quality, inadequate waste management, rising poverty and crime.

Countries should look to information technology (IT) for solutions, said Dr Pham Khanh Toan, head of the department of international co-operation under the Ministry of Construction (MoC).

Dr Dao Thi Nhu from the MoC's urban development department said ASEAN's smart cities should develop a platform to cooperate and share experience in city development with a focus on sustainability. Vietnam is building three of the first 26 smart cities in the region: Hanoi, Ho Chi Minh City and Da Nang.

In August 2018, the Prime Minister's Office approved a project to develop smart cities in Vietnam for 2018-25 with a vision to 2030 in which the Government identified three pillars of smart city-building: planning, management and utilities.

For example, more than 1,500 administrative procedures have been made available online in Hanoi. The capital has also rolled out an online health care management system for nearly 1 million residents. More than 2,700 schools and universities in the city have implemented online communication channels between teachers and parents.

Notably, HCM City has been planning to establish Thu Duc city, a city made up of areas currently span District 2, District 9 and Thu Duc district. The new city has been earmarked to become a financial hub and a research and development centre that may account for a third of HCM City's economic output or 7 percent of the country's, said the city's Party leader Nguyen Thien Nhan.

Meanwhile, the city has been building itself as a financial centre in the region to start providing financial services for neighbouring countries such as Cambodia, Myanmar and Laos. There are currently more than 2,100 banking and credit institutions in the city, the most in the country. Last year, HCM City accounted for nearly a quarter of the country's capital raised with the HCM City Stock Market Exchange made up 95 percent of total market capitalisation and some 54 percent of Vietnam's GDP./.