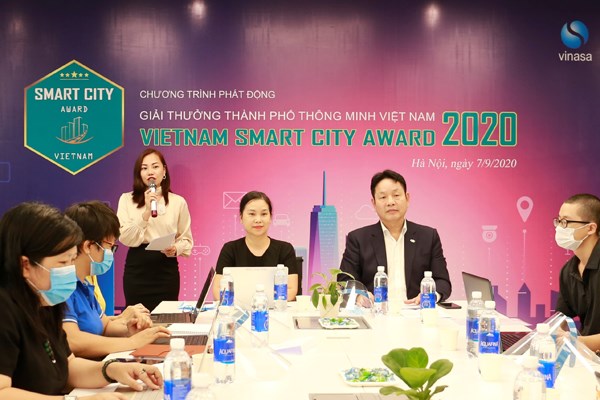 Hanoi (VNA) – The Vietnam Smart City Award 2020 was officially launched online by the Vietnam Software and IT Services Association (VINASA) on September 7, aiming to push for sustainable development of smart cities across the nation.

At the event, VINASA Chairman Truong Gia Binh laid stress on the significance of smart city development, holding it is billed as one of the best tools to serve both people and businesses.

Entries should be sent to the organising board until October 10, competing in four categories of Vietnamese urban areas; smart realty projects and buildings; industrial real estate projects, and technology solutions to smart city, property projects and industrial parks.

The final results will be announced on November 17 when the Vietnam Smart City Summit 2020 is organised.

The United Nations estimated that today, 54.6 percent of the world’s population live in urban areas, and the proportion is expected to increase to over 70 percent by 2050. Rapid urbanisation rate has left cities worldwide in critical socio-economic and environmental situation. Building smart cities is a perfect solution to deal with urbanisation problems, and seen as an essential trend of countries across the globe.

Currently, Vietnam has 833 urban areas of all kinds. The Government, ministries, sectors and localities are promoting to form national data infrastructure, a fundamental base to build smart cities.

Nearly 40 cities in the countries have plans to develop smart cities under the Prime Minister’s Decision No.950/QD-TTg./.