HCM City has approved a programme to build an eco-system for research into artificial intelligence development over the next 10 years as part of its efforts to become a smart city and promote digital transformation. 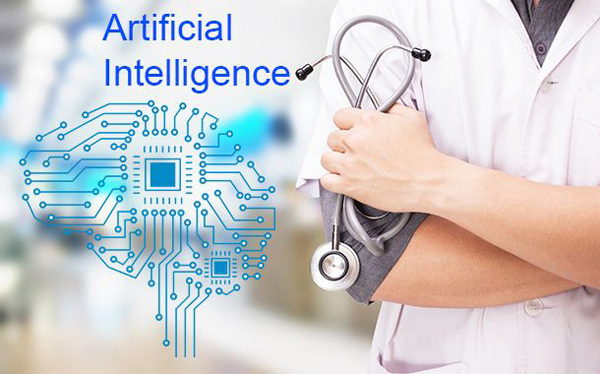 It has in recent years adopted AI technologies in healthcare, education, transport, and information security.

In healthcare, AI is used for diagnosis and treatment of stroke at the People’s Hospital 115 and the Gia An 115 Hospital and by many hospitals to write prescriptions.

The technology is also being trialled in cancer diagnosis and treatment at the HCM City Oncology Hospital.

Dr Thoai Nam of the Polytechnic University under the National University of HCM City said AI is being applied in the transport sector.

Data collected from cameras (such as vehicle type, density, volume, direction of movement) is sent to the city’s Smart Traffic Operations Centre, which uses AI algorithms to analyse the GPS data from vehicles and smartphones to determine the traffic situation and forecast possible congestion.

However, research and training in AI remains weak in HCM City compared to other places in the world, experts said.

Duong Anh Duc, deputy chairman of the People’s Committee, said of 45,000 IT businesses based in the city, only 2 per cent have an investment of over VND100 billion (US$4.31 million) and the rest are micro or small- and medium-sized enterprises, a challenge for AI application and digital transformation.

Le Quoc Cuong, deputy director of the Department of Information and Communications, said the programme has set a goal for all government agencies to have shared and open databases to serve AI research and development.

The city also wants to increase the number of AI start-ups and increase investment in AI, and have businesses use AI for digital transformation to improve their competitiveness.

Under the programme, nine projects will be undertaken, including those to develop an AI research and training team, set up digital infrastructure and improve human resources in AI, and others.

A national master plan for developing IT human resources envisaged having one million workers in the sector by 2020, but only 600,000 IT students had been trained at 400 higher education institutes and eight major IT training centres as of last year.

More than 70 per cent of these students lack practical experience, and a mere 15 per cent of graduates meet their employers’ requirements and do not need much further training, according to statistics from the Institute of Information Technology Strategy.

Vietnam has more than 700 IT companies, 220 of them being foreign-owned, mostly based in major cities and software parks.

Despite the huge likely demand for AI experts in future, the field has attracted little attention in the country, and no university offers comprehensive courses in it. Most focus just on software.

Experts said the city should invest in training and building an open-source database, and establish AI faculties at universities and develop new courses.

It should set up AI hubs that include training centres linked with each other through the city’s data centre and infrastructure.

The city has massive infrastructure needs but faces significant constraints in funding it, and AI can mitigate this problem process, they said.

AI together with other kinds of technologies such as machine learning will enable machines to behave with human-like intelligence to learn and act intelligently, they added.  VNS