Having gained a foothold in the domestic market, many technological platforms created by Vietnamese companies are now extending their reach to the world and been welcomed in foreign markets, according to Ha Noi Moi (New Hanoi) newspaper. 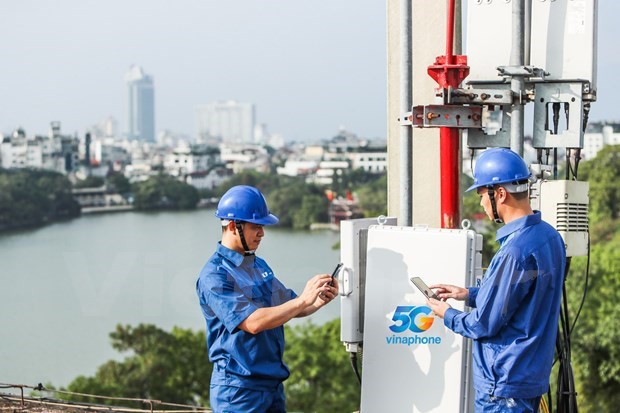 The Military Industry and Telecoms Group (Viettel) was the first to manufacture 5G devices in Vietnam, helping Vietnam to become the fifth country in the world to master 5G infrastructure and produce 5G devices.

It has also taken the lead in developing an online charging system (vOCS), which not only calculates charges but also records customers’ use of telecom services. The application has served 170 million customers around the globe since 2017.

Doing business in 10 markets abroad, Viettel has applied for and been granted four patents in the US, which will help its products compete with international rivals.

The newspaper cited Nguyen Cuong Hoang, Deputy General Director of the Viettel High Technology Industries Corporation, as saying that the vOCS 4.0 version has new functions and will open up more business opportunities for the corporation around the world.

Meanwhile, FPT is not only a supplier of technological solutions, applications, and products in many important fields but also a major partner of various businesses around the world.

Its artificial intelligence (AI) platform FPT.AI now has nearly 500,000 users, generating 1.84 billion VND (79,600 USD) in revenue by the end of the first quarter this year.

In 2020, it overcame a number of major rivals to secure a contract worth 150 million USD to carry out digital transformation at a leading automobile company in the US.

The Vietnam Posts and Telecommunication Group (VNPT), another of the country’s telecom giants, has developed its ONE Telco device management platform, which assists multi-device management on large-scale telecoms networks.

Put into use in 2017, the platform has been managing nearly eight million devices, helping VNPT substantially reduce operational costs and save millions of USD on purchasing foreign copyrights.

VNPT said ONE Telco has been applied by many domestic and foreign telecom service providers, including those in Thailand, Indonesia, and Myanmar, helping to manage nearly 10 million devices.

BioID, a biometric identification and authentication platform, is also being used by five large Vietnamese clients and is expected to bring in about 5 billion VND in revenue for VNPT this year.

Ngo Dien Hy, General Director of the VNPT Information Technology Company, noted that the group expects that BioID will become the No 1 biometric identification and authentication platform in Vietnam and be deployed in markets such as Laos, Cambodia, and Myanmar./.