Talking with President of Samsung Electronics Han Jong-hee, Hue said Vietnam welcomed the corporation to invest in a research and development center in Vietnam to serve its closed production chain in the Southeast Asian country.

In talks with Choi Tae-won, Hue thanked SK for joining Vietnam’s National Innovation Center (NIC) and financing it $30 million. He hoped that SK would have programs to support Vietnamese small and medium-sized enterprises in the global supply chain.

The Vietnamese legislative leader asked SK to help the country in its energy transition and cutting carbon emissions, as well as transfer technology in producing Covid-19 drugs and vaccines.

Working with Hanwha Energy’s CEO Jung In-sub, Hue expected that the company would continue investing in green energy to catch up with the energy transition in Vietnam. He hoped that the investor would transfer technology on solar farms and LNG projects to Vietnamese partners.

Jung In-sub said Hanwha has prepared for Hai Lang LNG Project and would kick start the construction in 2026. He pledged to transfer tech to Vietnam.

The CEO said Hanwha, which is the 7th biggest utility company in South Korea, would develop different projects in Vietnam like the 1.500-megawatt (MW) Hai Lang LNG worth $US$2.3 billion, the 1.500-MW Ca Na Power Center costing $2.2 billion. 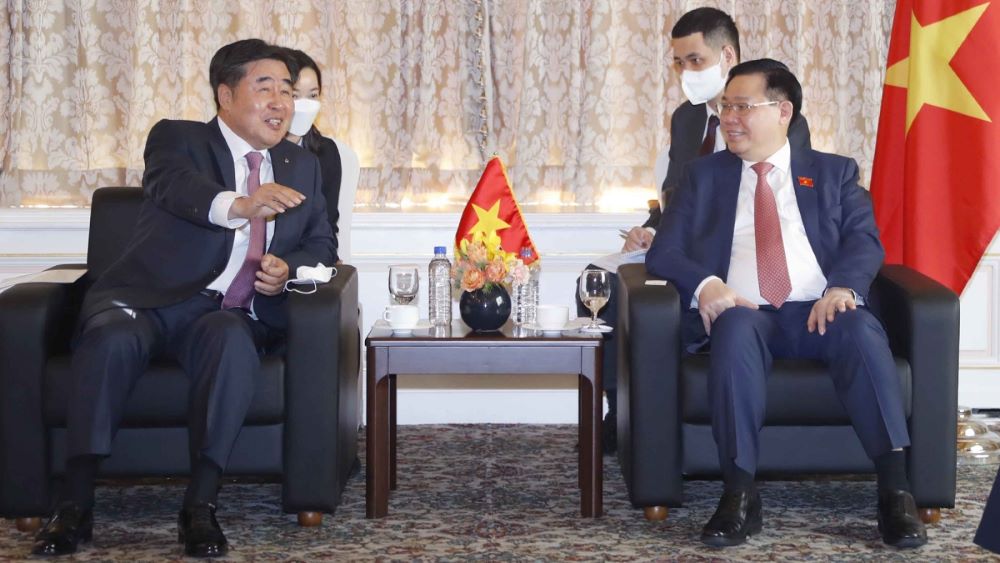 In talks with Daewoo E&C, Hue highly appreciated its contributions to developing urban infrastructure in Vietnam through its series of projects over the past years.

To be in line with Vietnam’s development strategies, he welcomed Daewoo E&C to expand investment in Vietnam with a focus on green, smart, and advanced urban networks.

Hue also wanted the company to diversify its investment portfolio and expand investment in this field with more integrated urban areas. He hoped Daewoo E&C would share experience in managing smart cities in Vietnam.

Daewoo E&C was the first South Korean construction company to set up an office in Vietnam with an investment of $1.3 billion. 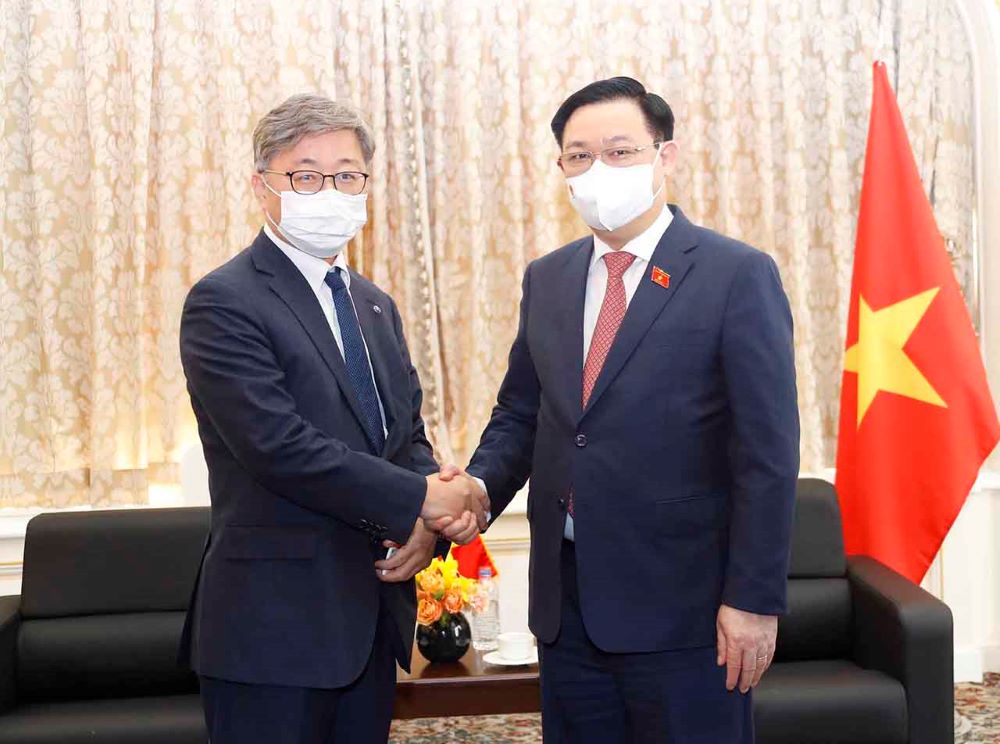 Under a memorandum of understanding between the two governments, KDB will open its Hanoi office in Hanoi to provide loans in infrastructure to both South Korean and Vietnamese clients.

Being a wholly state-owned policy development bank, it helps finance and manage major industrial projects to expedite the industrial development of Korea. Listed in the global top 1,000 banks in 2018, KDB Bank has not only fostered the growth of strategic industries but also facilitated the turnaround of troubled companies through restructuring and providing capital for strategic development projects.

It has extended financial support to many South Korean companies working in Vietnam. It has worked with Vietnam’s Ministry of Finance to build development strategies for the Vietnam Development Bank (VDB). To commemorate the 30thh anniversary of the bilateral ties between Vietnam and South Korea in 2022, Hue hopes that Lotte will have constructions featuring the bilateral relations.

South Korea currently tops the list of investors in Vietnam with more than $72 billion in more than 9,100 projects. South Korean companies working in Vietnam are employing roughly one million Vietnamese workers.

Economic ties play an important role in the Vietnam-South Korea relations and it is a focus in the four-day visit to Seoul by Vuong Dinh Hue. His entourage is joined by a deputy prime minister in charge of economic issues.