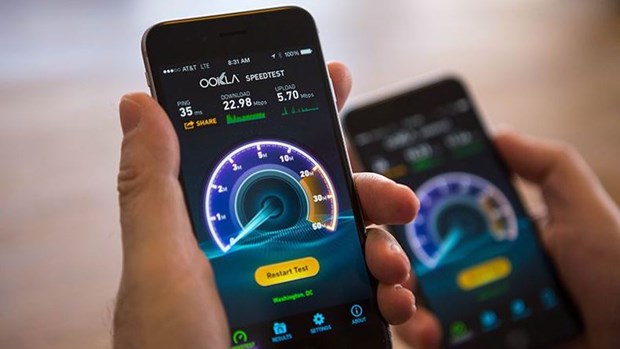 VNNIC Director Nguyen Hong Thang said that since the first report was released 10 years ago, the centre has renewed and expanded the report, while spreading the message of “Internet for all” that shows its desire and determination to bring Internet values closer to all people and make their life better.

He held that in order to ensure sustainable development and safety of Vietnam's digital infrastructure, it is necessary to develop the Internet infrastructure, foundation and contents.

Speaking at Vietnam Internet Day 2021, Deputy Minister of Information and Communications Pham Duc Long underlined the need to expand the Internet connection across the country as well as in the region and the world, especially through the development of optical cable system under the sea to become a connection centre of the region.

According to the Internet and Internet resources report 2021, Vietnam currently has 660 networks using IP address or Autonomous System Number (ASN) that connect together to become Vietnamese Internet system. The figure represents a rise of 20 percent year on year.

As of November 2021, Vietnam had three National Internet eXchange (NIX) centres based in Hanoi, Ho Chi Minh City and Da Nang and an expansion centre at VNPT in Ho Chi Minh City.

The total connection bandwidth has reached about 400Gbps with about 50 member networks. The number of the member networks rose 8.7 percent year on year. The query speed via domain name “.vn” has increased 5-10 times, according to the report.

The report also updates the use of the Internet Protocol version 6 (IPv6) as well as thebuse of the national domain “.vn”.

The report shows that over the past 21 years, outstanding growth of Vietnamese Internet resources as well as the stable and safe operation of Internet infrastructure have contributed to promoting the growth of Internet in Vietnam./.